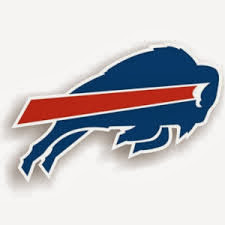 The Buffalo Bills magical run is over.

The Bills fell victim to a well-stacked Kansas City Chiefs squad, falling in the AFC Championship 38-24.

It will be Patrick Mahomes squaring off against Tom Brady in the Super Bowl on February 7th, as the Chiefs will play the Tampa Bay Buccaneers in Tampa Bay.

The Buccaneers beat the Green Bay Packers in Wisconsin in the NFC Championship to become the first team to play in a Super Bowl at their home stadium in NFL history.

But for Buffalo, it's a cold return to New York.  But with lessons learned from the season that was.   More after the jump.

The New York Racing Association has released the 2020 stakes schedule for Saratoga Race Course, and there are plenty of changes that will be in place as the horse racing world continues to adjust to what has already been a topsy-turvy 2020.

The New York State Public High School Athletic Association announces that due to the growing concerns over the coronavirus pandemic, the state winter tournaments are postponed indefinitely.

The postponements include this weekend's Boys Hockey Championship to be played at the HarborCenter in Buffalo, which Queensbury was scheduled to play on Saturday, as well as the Boys and Girls Basketball Championships that were to be held in Glens Falls and Troy next weekend.

Postponement, opposed to cancellation, offers language that could incorporate the resumption of play should the pandemic come to an end in the near future, meaning the seasons for local teams including the Fort Edward girls, the North Warren boys basketball teams, and the Queensbury hockey team, could resume at some point.

The Coronavirus pandemic has claimed all in-progress Men's Basketball tournaments, including the America East tournament final that was to be played Saturday in Burlington, Vermont, as well as the MAAC tournament that was in progress down at Boardwalk Hall in Atlantic City, New Jersey.   The Atlantic Coast Conference cancelled their tournament minutes before the first game was to be played in Greensboro, North Carolina.

The Big East tournament cancellation was announced during the half of the tournament's first game between Creighton and St. John's at Madison Square Garden.

The NCAA has announced that the Men's and Women's Basketball Tournament is cancelled, bringing an end to speculation whether or not the tournament would continue after powerhouses Duke and Kansas announced suspensions of their sports programs indefinitely.  The tournament cancellation impact will be felt locally as the Times Union Center in Albany was slated to be one of the 8 hosts for the 1st and 2nd round games next weekend.

The NHL and NBA have suspended their seasons, and Major League Baseball announces that their season will be delayed by two weeks.

The minor hockey leagues, the American Hockey League, as well as the ECHL, which the Adirondack Thunder play in, also followed suit by suspending their seasons.

The pandemic hasn't stopped horse racing yet, as the pacers and trotters at Saratoga Harness were still going around the half-mile oval on Thursday.   But the ban by Governor Andrew Cuomo regarding public gatherings over 500 spectators in New York City will alter how racing is conducted as the New York Racing Association announces that racing at Aqueduct will be behind closed doors until further notice.

It's the beginning of the annual tradition at the Cool Insuring Arena, where 20 local high school basketball teams enter with the hopes of moving onto the State Tournament, ultimately making it back to Glens Falls in a couple weeks to play in the State Championships.

It's a road that has been paved many times by many of these teams, but the challenge remains the same every time.   Win two grueling games over the course of a week to hoist a trophy at the end of the week.

Welcome to CHAMPIONSHIP WEEK at the COOL Insuring Arena.

15 games over the course of the next 6 days.  And it begins tonight with a couple local regulars playing before large crowds. 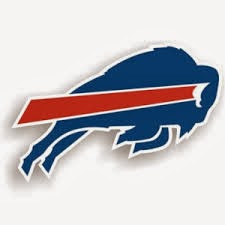 It was billed as a defensive battle by a lot of analysts, and Sunday's Bills 17-10 win over the Pittsburgh Steelers to clinch a playoff berth did not disappoint.

Buffalo's defense made life miserable for "Duck" Hodges, making his fourth straight start for the Steelers.   It was a return to reality for Hodges, getting picked off four times a week after he had a career game going 16/19 against the Arizona Cardinals in his first year playing in the NFL.

The Steelers were also plagued with fumbles, with four total.   Pittsburgh would recover three of the four, but the one they lost was costly, losing the ball on a running play inside the red zone with less than two minutes to play in the first half, with Buffalo leading 7-3 at that point.

The defense helped Josh Allen, who wasn't at his best on Sunday night, but did enough to get the Bills in position to tie the game in the fourth quarter after the Steelers took a 10-7 lead on the first drive of the second half.

And then he found Tyler Kroft inside the end zone later on in the fourth quarter to cement the win.

But it wasn't easy down the stretch, with the Steelers marching down the field twice only to be picked off in Buffalo territory.  Tre'davious White sealed the victory for the Bills by picking off Hodges in the end zone with seconds left to play in the 4th Quarter.

The win is Buffalo's 10th win of the season, the first time that the Bills have seen a double-digit win count since the 1999 season, the last time the Bills had made the playoffs before their 2017 stint.   The win also was Buffalo's first win at Pittsburgh since 1993.

It also guarantees that the Bills can do no worse than the #5 seed when it comes to the upcoming playoffs.  They still have a chance to improve their seeding next week when the Bills travel to Foxboro to face the New England Patriots with the AFC East title still up for grabs.

Kickoff for the Week 16 game between the Buffalo Bills and the New England Patriots is this Saturday, 4:30pm.  Pregame coverage will begin on FOX Sports Radio 97.9/1230 beginning at 2PM.
Posted by RH No comments:

Bills: Some positives, negatives, from Week 14 loss vs. Baltimore 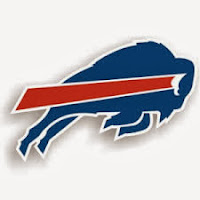 The Buffalo Bills lost to the Baltimore Ravens Sunday.

The positives: The Buffalo Bills remained competitive against a team that could become the #1 seed in the playoffs, pushing to tie the score with just over a minute left until the Baltimore defense came up big and deflected a Josh Allen pass that was meant for John Brown.   It may not of resulted in a touchdown, but would of guaranteed a 1st and Goal if Brown wasn't able to make it into the end zone.

This is a far cry from the last time these two teams faced each other, with Nathan Peterman and the Bills falling 47-3 in Buffalo's worse Week 1 loss in franchise history in a rainy September afternoon last year in Maryland.

The Buffalo defense held Lamar Jackson to 145 yards and picked him off for only the 6th time this season.  After putting up 40+ points in three straight games leading up to last week's raw and rainy affair against the 49'ers, the Bills held the Ravens to 24 points on a more ideal weekend.

The negatives: In those 145 yards on Sunday, 61 of them was in a back-breaker play to begin the 3rd Quarter when Jackson connected with Hayden Hurst on a slant route for a touchdown.   The slant route torched the Bills secondary and it became a foot race which Hurst won.

Jackson would finish with 3 touchdowns.

Josh Allen did not look great in the loss, going 17/39 for 146 yards and a touchdown.   The second-year QB would not get the chance to dance his feet like his Baltimore counterpart.  Allen would have an ankle issue that would see him get taped up on the bench during a Baltimore possession midway through the game, but even before then, Allen was not as comfortable with his receivers as he was against the Cowboys on Thanksgiving.

Up Ahead: The Buffalo Bills travel to Heinz Field for a Sunday Night Football match against the Pittsburgh Steelers.  The Bills are in control in their destiny for the playoff push and could use their 10th win prior to heading to Foxboro for their second meeting with the New England Patriots this season.   A win would almost ensure the Bills a playoff spot, but a loss would give the advantage to the Pittsburgh Steelers for the first wild card spot.

The National Football League and NBC have announced that the Week 15 game between the Buffalo Bills and the Pittsburgh Steelers have been flexed from its original 1:00pm start and will be seen national as part of NBC's Sunday Night Football package.

The game will kick off from Heinz Field in Pittsburgh at 8:20pm, and can be heard live on FOX Sports Radio 97.9/1230 and the Buffalo Bills Radio Network beginning with the Countdown to Kickoff show at 6:00pm.

It marks only the second time that the Buffalo Bills have been on the NBC Sunday Night Football package since the network resumed airing NFL games in 2006.  In 2007, the Bills made their only SNF on NBC appearance in a game that was flexed into prime time as they hosted the New England Patriots.

The Bills lost 56-10 in that game.
Posted by RH No comments: